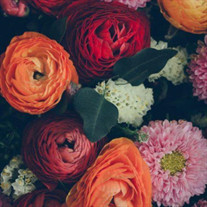 Annette Seay Campbell Mauldin died peacefully on May 23, 2021, at Commonwealth Retirement Center, in Cedar Bluff, Virginia, after a lengthy illness. Born in Laurel, Mississippi, on July 2, 1942, Annette graduated from Gardiner High School in 1961 and attended the University of Mississippi where she completed her degree in 1965. She remained an Ole Miss fan her entire life. In 1971, she received a Master’s degree in Library Science from the University of Southern Mississippi, where she later worked. In 1973, she married James Harry Mauldin at the First Presbyterian Church in Laurel. Shortly afterward, the Mauldin’s moved to Hammond, Louisiana. There, Annette served as the librarian in the Tangipahoa Parish School System for 37 years, retiring in 2006. After retirement, she and James Harry Mauldin returned to Laurel, where she remained until his death. After an illness, she moved to Cedar Bluff, Virginia, to be near her sister, where she resided until her passing. There she read avidly and followed Ole Miss football. During COVID, she welcomed visits from her great nieces who snuck in through her window. She was also preceded in death by her parents, Archie Brett Campbell and Francis Lucille Seay Campbell both of Laurel, her sister Lucy Brett Campbell Gillespie and a nephew James Samuel Gillespie both of Pounding Mill, VA, her brother-in-law Mitchell David Mauldin and father- in-law Billy Mauldin also of Laurel. She is survived by her mother-in-law Ruby Jean Walters Mauldin of Laurel, step-son, Scott Mauldin, sister-in-law Patty Mauldin Anthony, her brother-in-law Jim Sam Gillespie, four nieces, Elizabeth Gillespie McRae (Steve) of Sylva, North Carolina, Ann Brett Gillespie Strickland (Sam) of Starkville, Mississippi, Megan Mauldin Leake (Hunter) of Madison, Mississippi, Kate Mauldin Embry (Case) of Oxford, and a nephew, Mitchell Shuff Mauldin (Millie) of Laurel. A graveside service will be held on March 10th at 2:00 p.m. at Springhill Cemetery in Laurel, Mississippi. To sign the online guest book, visit www.memorychapellaurel.com.

The family of Annette Seay Campbell Mauldin created this Life Tributes page to make it easy to share your memories.

Send flowers to the Mauldin family.