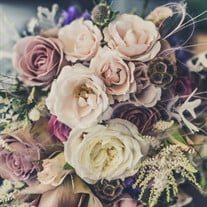 Bette Jean Rankin Limerick died February 11, 2022 at Mississippi Baptist Medical Center in Jackson, MS. Funeral services will be held Friday, February 18, 2022 at 10:00 a.m. in the chapel of Memory Chapel Funeral Home in Laurel, MS, with the Reverend Ken Regan officiating. Visitation will precede the funeral service at 9:00 a.m. Interment will follow the funeral service at Lake Park Hills Cemetery. Bette was born March 7, 1936 in Newton, MS, the youngest child of Charles Wilson Rankin, Sr. and Margie Westmoreland Rankin. Along with her sister and brother, she was blessed with a loving childhood and the strong guidance provided by her devoted parents. Her family later moved to Meridian, MS, where she graduated from Meridian High School. Bette attended Mississippi College, where she was a member of the Kissimee Social Tribe. In 1962, Bette married Marvin Delano Limerick, who predeceased her in 2004. Together, they had two children, Laura and Wayne. Bette was active in the lives of her children, serving as a Girl Scout leader, Cub Scout Mother, tennis mom, baseball mom, and school volunteer. As her children grew older, she became employed as an administrative assistant with the Laurel City School District, where she retired in 1998. In retirement, she and Marvin enjoyed gardening and spending time with their grandchildren. Throughout her life, Bette was committed to her church, Second Avenue Baptist Church and later Heritage Heights Baptist Church. At the time of her death, Bette was living at The Carleton in Jackson, MS, where she made many kind and wonderful friends, and she attended Trace Ridge Baptist Church. Bette is survived by her daughter, Laura Limerick Gibbes and her husband Denton, of Ridgeland, MS; her son Marvin Dewayne Limerick, of Laurel; and her daughter-in-law Dana Hall, of Laurel. Her grandchildren include Marvin Dewayne Limerick, Jr. and his wife Brianna, of Laurel; Crawford Denton Gibbes IV of Houston, TX; Elizabeth Nicole Limerick Guy and her husband Zachary, of Laurel; William Edward Gibbes of Ridgeland, MS; and John Michael Limerick of Laurel. Bette was the proud great-grandmother to Serenity Kaye Limerick and Aiden Charles Limerick, both of Laurel. Bette is also survived by her sister, Pat Rankin Jordan and her brother, Charles Wilson Rankin, Jr., both of Meridian, MS; her brother-in-law and sister-in-law Joe and June Watson of Electric Mills, MS; and many nieces, nephews, and their families. Memorials may be made to Heritage Heights Baptist Church in Laurel; the Mustard Seed, Inc., in Brandon, MS, or a charity of your choice. To sign the online guestbook, please visit www.memorychapellaurel.com

The family of Bette Jean Limerick created this Life Tributes page to make it easy to share your memories.

Send flowers to the Limerick family.