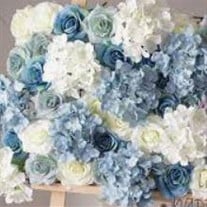 Christine Bridges, age 93, of Laurel, Mississippi passed away December 7th, 2019, in Rhode Island, after a two-year battle with ovarian cancer. She was born February 21, 1926 in Gilbertown, Alabama. After moving to Laurel, Mississippi she completed her RN training at Laurel General Hospital in 1947. She worked as a private duty nurse for two years, before starting her job at what is now South Central Regional Medical Center. She retired after being a surgical nurse and then the recovery room supervisor for a total of 35 years. She married her late husband Henry M. Bridges of Heidelberg, in 1954. They made their home in Laurel and were married 52 years. She was preceded in death by her father, Robert K. Smith, her mother Mittie Waites Smith, two brothers, Franklin Smith and Carlton Smith all of Gilbertown Alabama, and her husband Henry M. Bridges of Laurel. Also, a niece Martha Lynn Boone and a nephew Kim Bridges. She is survived by her daughter Diane Bridges Roohani, son-in-law Saeed Roohani, and granddaughter Keyana Roohani all of Rhode Island, and sister-in-laws Louise Smith and Eva Jewel Smith of Gilbertown. She also leaves behind a host of nieces, nephews and cousins in Mississippi and Alabama as well as other states. Viewing will be Saturday, December 14th from 5pm to 8pm at Memory Chapel in Laurel, Mississippi. An additional viewing will be at 1pm Sunday, December 15th, followed by services at 2pm at Memory Chapel, with burial to follow at McGill Cemetery in Heidelberg, Mississippi. Officiating will be Rev. Tony Keys. Pallbearers will be son-in-law Saeed Roohani, and nephews Troyce Smith, Johnny Rae Holifield, George Bridges, Michael Bridges, and Steven Barton. Honorary pallbearers are Jacob Smith and Delbert Bridges. In lieu of flowers, her family asks for donations to be made to the Ovarian Cancer Research Alliance. To sign the online guest book, visit www.memorychapellaurel.com.

Christine Bridges, age 93, of Laurel, Mississippi passed away December 7th, 2019, in Rhode Island, after a two-year battle with ovarian cancer. She was born February 21, 1926 in Gilbertown, Alabama. After moving to Laurel, Mississippi she completed... View Obituary & Service Information

The family of Christine Bridges created this Life Tributes page to make it easy to share your memories.

Send flowers to the Bridges family.