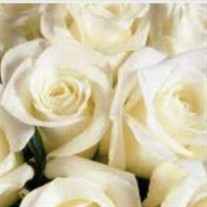 Deborah Anne Parker Segrest “Debbie”, 70, of Laurel passed away on Monday, July 12, 2021. She was preceded in death by her father, George William Parker, and mother, Pauline Beard Parker. She is survived by her loving husband of 45 years, Willie Thomas Segrest III “Tommy”, son, Willie Thomas Segrest IV “Tom” (Gina), daughter Shelley Segrest Taylor (Truitt), and grandchildren, Ty Segrest, Abby Segrest, William Taylor, Mary Segrest Taylor, and Parker Taylor, and sister, Lana Parker Taylor (Perry). Debbie was a lifelong resident of Laurel and a graduate of R. H. Watkins High School, class of 1969, and attended Jones County Junior College. She grew up a member of Plainway Baptist Church, and was a longtime member of West Laurel Baptist Church as an adult. She had a long career in accounting, working for Masonite Corporation and Bush Construction for more than 25 years. But her passion was her devotion in raising her own children and grandchildren, whom she loved dearly. In addition to raising her own children, she also served as the Phi Kappa Fraternity Chapter Mother for 13 years, and through this service touched the lives of hundreds of teenagers in both Laurel and throughout the State of Mississippi. She was known among her many friends for her contagious laugh, and her extreme loyalty and devotion. Pallbearers will be Scott Ainsworth, Michael Casey, Will Casey, Benji Casey, Jason Henley, Ty Segrest, and Doug Bethea. Visitation will be held at Memory Chapel Funeral Home on Friday, July 16, 2021 at 9 a.m. with a graveside service to follow at Lake Park Hills Cemetery at 11 a.m. Bro. Tim Beard will officiate. In lieu of flowers, the family requests donations to be made to The Children’s Center for Communication and Development at the University of Southern Mississippi. To sign the online guest book, visit www.memorychapellaurel.com.

Deborah Anne Parker Segrest &#8220;Debbie&#8221;, 70, of Laurel passed away on Monday, July 12, 2021. She was preceded in death by her father, George William Parker, and mother, Pauline Beard Parker. She is survived by her loving husband of... View Obituary & Service Information

The family of Deborah Anne Parker Segrest created this Life Tributes page to make it easy to share your memories.

Send flowers to the Segrest family.