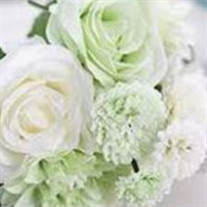 Emma Louise Lawrance Bankston, known as Lou, Purl, Mom, and Grandmother, died at age 88 on July 30, 2020, after a short illness. She was born in McComb, MS, on July 13, 1932, the only child of Ben and Zola Lawrance. Lou was raised all over the state of Mississippi as her father was a Methodist minister. She had lots of stories about growing up in the parsonage which she loved to tell. From Woolmarket to Heidelberg to Silver City to Sumrall to Leakesville, Lou knew the whole state by the time the Lawrances moved to Edwards, MS for her senior year of high school. It was in Edwards where Lou found a lifelong group of girlfriends who met annually for a party until well into the 2000s. It was also while living in Edwards that she met and fell for Miller Bankston who lived on a farm nearby. She didn't let Miller interrupt her studies, however, and graduated Valedictorian from Edwards High School in 1950. Lou moved on to Southern, now University of Southern Mississippi, where she majored in Home Economics. She was also a member of the Alpha Sigma Alpha Sorority. She worked in the Math Department while attending Southern, a source of some jokes as math was not one of her strongest areas of expertise, and she liked to tell stories of her work in the Math Department in her later years. Lou graduated in the top four of the 1954 graduating class at Southern. Lou finally married Miller Bankston in Edwards in June of 1954. They were married until Miller's death in February of this year. They lived in Natchez, Raymond, and finally settled in Laurel, MS in 1963. They had three children who Lou loved dearly. She stayed home raising her children for many years. During this time, she was an active member of the Laurel Junior Auxiliary as well as an active member of Franklin Methodist Church where she participated in the MSCW and as a Sunday School Teacher. She was also the Girl Scout Troup Leader for Troop 199. Finally, Lou got a job outside the home teaching art at Jones Junior High. Another funny turn of life as Lou had no actual art experience. She quickly gained art experience and art education and became a great art teacher. She later left Jones Junior High School for Laurel Christian School. She finally retired from teaching completely in 1995. After her retirement, in addition to being a very active grandmother, Lou was a docent at the Lauren Rogers Museum of Art as well as Sunday School teacher and active Circle member at First United Methodist Church. She and Miller truly enjoyed their retirement together. Lou was a free spirit who loved bright colors and daisies. She loved people and was a semi-professional talker. She expected her children and grandchildren to behave, but she loved them without question. And she and Miller enjoyed a timeless love story. She was truly one of a kind and will be missed greatly. Lou is survived by her children David Bankston, Lawran Richter, and Barbara Behrends and their spouses Beth, Mark, and John respectively. She is also survived by the grandchildren she enjoyed so much: Sarah Bankston, Rebecca Behrends Vander Linde, Ben Bankston, Shannon Richter, and Jeremy Richter. She found much joy in her last years with her great grandchildren Jacey English, John Vander Linde, and Henry Vander Linde. There will be a graveside service for Lou Bankston on Friday, August 7, at 10:00 a.m. at Lake Park Hills Cemetery. In lieu of flowers, please make donations to the Lauren Rogers Museum of Art or the First Methodist Church of Laurel. Due to the COVID-19 pandemic, please wear a face mask and practice social distancing. To sign the online guest book, visit www.memorychapellaurelcom.

Emma Louise Lawrance Bankston, known as Lou, Purl, Mom, and Grandmother, died at age 88 on July 30, 2020, after a short illness. She was born in McComb, MS, on July 13, 1932, the only child of Ben and Zola Lawrance. Lou was raised all over the... View Obituary & Service Information

The family of Emma Louise Lawrance Bankston created this Life Tributes page to make it easy to share your memories.

Send flowers to the Bankston family.