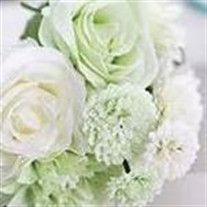 Evie "Lea" Watts, 89, passed to eternity on October 1, 2019 following an extended illness. She was born in Scott County, MS on October 29, 1929 to Benton and Evie Pulliam. Visitation with the family will be held at Memory Chapel Funeral Home in Laurel on Sunday, October 6, 2019 at 1:30 PM, followed by a memorial service in the chapel at 2:00 PM. The family will hold a private burial service at a later date. Mrs. Watts had been a resident of Laurel since 1967 and was a retired bookkeeper for Lott and Laurel Furniture Companies. Following her retirement, Mrs. Watts became an independent Avon consultant and served the City of Laurel on the Planning Commission board. She and her husband, Milton Cecil Watts, Jr. enjoyed many years of traveling, camping and fishing together. They were also very involved in the Veterans of Foreign Wars organization, both on the local and state levels. In her active years, Lea was a skilled bowler and a team member in the "Thursday Night Ladies League". She was predeceased by her parents, her husband and her only son, Ronald David McMillan, of Lake, MS. Mrs. Watts is survived by her 4 daughters: Gwen Roland and husband Charles, Tamara Selman and husband Scott, Mary Sills and husband David, and Debbie Watts and husband Timm Metrolis. She also leaves behind 11 grandchildren: Charlene, Tracy, Ben, Brent, Michael, Mikki, Jessica, Haley, Jeff, Matthew and Lance. As well as, 18 Great Grandchildren and 2 Great Great Grandchildren. Lea was a longtime member of Magnolia Baptist Church and a current member of First Baptist Church of Laurel. Because of the spiritual encouragement she received during her homebound years thru their weekly service broadcasts, her family requests that memorial donations be made to First Baptist Church of Laurel Television Ministry. To sign the online guest book, visit www.memorychapellaurel.com.

Evie "Lea" Watts, 89, passed to eternity on October 1, 2019 following an extended illness. She was born in Scott County, MS on October 29, 1929 to Benton and Evie Pulliam. Visitation with the family will be held at Memory Chapel Funeral... View Obituary & Service Information

The family of Evie "Lea" Watts created this Life Tributes page to make it easy to share your memories.

Send flowers to the Watts family.