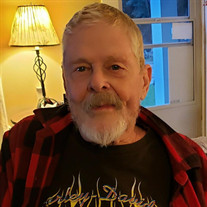 George A. (Lehn) Lehnhard, Jr. June 29, 1936 – December 7, 2021 George A. (Lehn) Lehnhard, Jr. passed away peacefully on December 7, 2021, at the age 85 at SCRMC after a prolonged illness. Lehn was born on June 29, 1936, in Webster, Missouri. He served his country honorably for eight years as a member of the 101st Airborne serving in both the Korean War and the Vietnam War earning the rank of Full Bird Colonel in the Special Forces MACVSOG Unit. Lehn earned his master's degree from Tokyo University Armed Forces Institute, his doctorate in History from the University of Pittsburgh, and was a professor for a short time. He was a building/painting contractor for over 30 years and spent five years as a Forest Ranger in the state of Florida. Lehn had a passion for poetry, painting, drawing, and chess, and published a small book of his poetry. He also enjoyed hunting, fishing, camping, and photography. He was preceded in death by his parents, George Lehnhard and Ruth Cundiff Lehnhard. He is survived by his loving wife of 20 years, Virginia (Jena) O’Brien Lehnhard. (Savannah); one son, Michael Lehnhard; and one daughter, Maribeth Lehhard Schultz (Andrew); stepchildren, Christi O’Brien, Marian Latimer (David), Day Barnes (David), Cheryl Ackner (David), David Parker (Kaye), Roxann Nolton (Matt); 16 grandchildren, and a multitude of great grandchildren. Two beloved dogs, Bambi and Cha-Cha. A Memorial Mass will be held in January 2022 with the date to be determined. In lieu of flowers, please make donations to your favorite veterans’ charity in Lehn’s honor. To sign the online guest book, please visit www.memorychapellaurel.com

The family of George A. Lehnhard Jr. created this Life Tributes page to make it easy to share your memories.

Send flowers to the Lehnhard family.