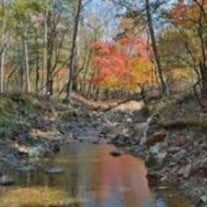 George Hallan “Hal” Grayson, 94, passed away Good Friday, April 2, 2021. Hal was born in Gitano, MS, January 25, 1927, to George Davis “Legs” Grayson and Mary Roena Grayson. A graduate of Soso High School, Hal enlisted in the U.S. Navy after graduation to serve during WWII, ultimately being deployed to Okinawa during that conflict. Upon his return from the service, Hal met and married Barbara Murphy, and started a career in the oil industry where he rose to the executive ranks of a major oil well supply company. After retirement, he continued working in the oil industry, consulting and holding various other positions that took him and his wife worldwide. After having lived in Kuwait, Scotland, and various other places, they returned home to Gitano to retire. Hal was predeceased by his wife of 70 years, Barbara Grayson, and daughter Catherine Flanigan. He is survived by his sister, Maxine McHenry, sons Timothy Grayson (Lola) and Stephen Grayson (Ginger), seven grandchildren, Katie, Kelly, Joann, Stephanie, Lance, Amy, and Danyell, eleven great grandchildren and two great grandchildren. Hal was a member of the Immaculate Conception Catholic Church in Laurel. Graveside services will be held April 7, Coat’s Cemetery, in Gitano. To sign the online guest book, visit www.memorychapellaurel.com.

The family of George Hallan Grayson created this Life Tributes page to make it easy to share your memories.

Send flowers to the Grayson family.