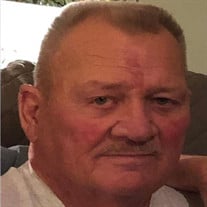 Glenn Milton Ainsworth of Sandersville MS was born on September 2, 1946 in Magee MS and passed on December 15, 2020 in Gulfport MS. He will be laid to rest in McGill Cemetery in Sandersville MS. Funeral services will be at 1 p.m. on Saturday... View Obituary & Service Information

The family of Glenn Ainsworth created this Life Tributes page to make it easy to share your memories.

Glenn Milton Ainsworth of Sandersville MS was born on September...

Send flowers to the Ainsworth family.