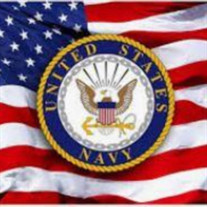 Henry Coghlan was born on April 3, 1943 and sadly passed away on July 29, 2021. Henry worked for 40 years at Masonite International as Vice President of Research and Development and Vice President of Special Projects. Henry spent four years in the United States Naval Reserve while attending Mississippi State University, later transferring to the National Oceanic and Atmospheric Administration where he served as Deck Officer and Diving Officer aboard various oceanographic research and survey ships. Henry completed his military service in 1968 and began his civilian career that same year as a project engineer with Hercules Incorporated. He joined Masonite in 1970 as a project engineer at the Laurel, Mississippi plant, and subsequently held various progressive roles in management in both domestic and international locations while also completing his Masters in Business Administration from the University of Southern Mississippi. After spending 20 years to the dedicated growth of the Laurel, Mississippi Plant, Henry was called to expand his influence on the global Masonite business. From 1991-1994, Henry was the Project/General Manager of a large, greenfield oriented strand board plant in Georgia. He then moved overseas in 1994 to lead the construction and start-up of the new door facings plant located in Carrick-On-Sharon, Ireland. In 1998 Henry left Ireland and relocated to Asia as the Project Manager/Representative Director of Masonite Korea, located outside of Seoul, Korea. He was named Vice President of Research and Development in 2000 and came back to the United States to lead the Innovation Center in West Chicago. Henry had a passion for the outdoors and nature. He spent a lot of time in Mexico Beach, Florida fishing the reefs in the Gulf of Mexico. He also enjoyed hunting. Henry had a great love for all of his grandchildren. He is preceded in death by his parents, Mr. Elmer Musgrove Coghlan and Mrs. Laverne Coghlan Breest; and his step father, Francis Breest. Survived by his wife of 29 years, Terri McDonnieal Coghlan; his daughters, Pamela Elizabeth Coghlan, Karen Coghlan Kison (Chad), Jennifer Coghlan Graveman (Kyle); and stepson, Jody Derek Thornton (Anna). Also surviving him are his four grandchildren, Julia Kilby Kison, Penelope Jane Graveman, Lila Kate Thornton, and Derek Kane Thornton. A visitation for Mr. Coghlan will be held at Memory Chapel Funeral Home in Laurel, Mississippi August 3, 2021 from 9:30 AM until 11:00 AM with services to follow at First Baptist Church of Laurel at 11:15 AM. Brother Mike Densmore will officiate. Burial to follow at Hickory Grove Cemetery in Laurel, Mississippi. Pallbearers will be Brock Ward, Jody Thornton, Clifton Pitts, Chad Kison, Kyle Graveman, and Jim Morrison. In lieu of flowers, donations can be made to Mexico Beach Artificial Reef Association, P. O. Box 13006, Mexico Beach, Florida 32410 or at MBARA.org. To sign the online guest book, please visit www.memorychapellaurel,com

Henry Coghlan was born on April 3, 1943 and sadly passed away on July 29, 2021. Henry worked for 40 years at Masonite International as Vice President of Research and Development and Vice President of Special Projects. Henry spent four years... View Obituary & Service Information

The family of Henry M. Coghlan created this Life Tributes page to make it easy to share your memories.

Send flowers to the Coghlan family.