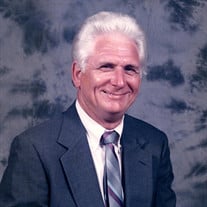 Horace Green Richards (Cotton Top) passed away peacefully at his home February 14, 2022, at the age of 84. He was born February 1, 1938, in Laurel, Mississippi, and was the youngest son of James Nathaniel Richards and Nola Mae Sims Richards. On his final day, he was surrounded by his wife and children, who he adored more than anything else in the world. He enlisted in the US Army in 1956 while in Laurel, and served over 20 years of his military career as an E-6, S/SGT in various locations stateside as well as serving two tours in Korea and Germany. While in Nellingen, Germany, he was assigned to the 11th TRANS. CO (LT.HEL) unit. He retired from military service in November, 1977, while stationed at the University of Southern Mississippi with the R. O. T. C. Department. After retirement, he worked for the State of Mississippi doing civil service and ended his work life with Tri-State Mack Trucking Company as a transporter. His favorite hobby was traveling on his Gold Wing with the love of his life and spoiling his grandchildren and great grandchildren. His favorite pastime was cooking his mother’s famous tea cakes and oatmeal cookies. He was welcoming, caring, dedicated, humble and patient. He was a man of upmost integrity and honor, instilling those values in his children, grandchildren, and great grandchildren. He will be forever remembered as “the ROCK of our family”. Friends that spoke of him said he not only knew them but had a relationship with each and everyone. He will be dearly missed by all. He is survived by his wife of 33 years, Sherlie Mae Richards, his three children, Donny Richards (Karen) of Laurel, MS, Diane Allen of Brandon, MS, and Jan Cross of Collierville, TN. He is blessed with seven grandchildren and twelve great grandchildren. He was preceded in death by his two brothers, Charles and Jerome Richards. He is survived by his siblings, Geraldine Reid and Milton (Mickey) Richards. His family has organized a memorial to honor his life and military service. Visitation at Memory Chapel, Laurel, MS will begin Saturday, February 19th from 5:00 p.m. until 8:00 p.m. Memorial services will be Sunday, February 20th, at 2:00 p.m. at Memory Chapel with interment services provided by US Military Honor Guard at Bethlehem Baptist Church Cemetery. Rev. Greg Gavin and Rev. Jimmy Hood will officiate. Honorary pallbearers are Casey West, Adam Canoy, Weston Macdonald, Brandon Cross, Charles Holifield, and Andy James. In lieu of flowers, please send donations to either charity of choice, Fishing with Legends at www.fishingwithlegends.com. (PayPal address is [email protected]) or the Wounded Warrior Project via Facebook or their website at www.woundedwarriorproject.org. To sign the online guest book, visit www.memorychapellaurel.com.

Horace Green Richards (Cotton Top) passed away peacefully at his home February 14, 2022, at the age of 84. He was born February 1, 1938, in Laurel, Mississippi, and was the youngest son of James Nathaniel Richards and Nola Mae Sims Richards.... View Obituary & Service Information

The family of Horace Green Richards created this Life Tributes page to make it easy to share your memories.

Send flowers to the Richards family.