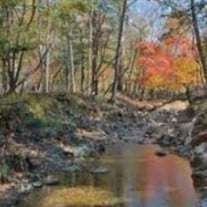 JW Spradley was born June 29, 1935 and passed away December 3, 2021 at the age of 86. He married Effie Spradley July 31, 1964. Together they had one son, Joe Spradley (Laryssa Spradley) and two grandchildren: Dannya and Jarred Spradley. He was a faithful follower of Christ and served as a deacon at First Baptist Church of Moss. He enjoyed reading his Bible and was currently working on reading the Bible in its entirety for the 49th time. During his life, he served in the US Army, worked in the oil field, and the City of Laurel Water Works before retiring at the age of 79. He loved to sing and to be outside hunting or in his garden. JW prided himself on being the “Mossville Town Historian” and could tell you millions of stories; his favorites being from his time in the service. He was preceded in death by parents, Jim and Daisy Spradley; sisters, Betty Sue Sims and Jeanette Herrington; brothers, James Gerald, Medford Jimmy, Bobbie Lee, Donnie Ray and Rogers Dale Spradley. He is survived by wife, Effie May Spradley; son, Joseph “Joe” Wayne Spradley and wife Laryssa “Lisa” Spradley; granddaughter, Dannya M. Spradley; grandson, Jarred W. Spradley; sisters, Irma Poore, Oma Ruth Lindsey, Mary Johnson, Faye McCarty (Marion), Mildred McCord (Alan); brothers, Vondell (Audrey), Jessie “Sonny” (Carol), Milton (Judy), and Roy (Sherry) Spradley; and host of nieces, nephews, and cousins. Visitation will be held at Memory Chapel Funeral Home on Tuesday, December 7th from 5 until 8 p.m. A graveside service will be held on Wednesday at 10 a.m. at Spradley Cemetery. Officiating will be Brother Tony Johnson assisted by Alan McCord and David McCord. Pallbearers will be Tuddy Spradley, Mike Herrington, David McCord, Jason McCarty, Mason Simmons, and Mark Spradley. Honorary pallbearers will be Milton Spradley, Roy Spradley, Sonny Spradley, Vondell Spradley, Jeff Walters, Ricky Smith, and Ricky Joe Smith. The family respectfully request flowers or donations to the First Baptist Church of Moss in his memory. To sign the online guest book, visit www.memorychapellaurel.com.

JW Spradley was born June 29, 1935 and passed away December 3, 2021 at the age of 86. He married Effie Spradley July 31, 1964. Together they had one son, Joe Spradley (Laryssa Spradley) and two grandchildren: Dannya and Jarred Spradley. He... View Obituary & Service Information

The family of J W Spradley created this Life Tributes page to make it easy to share your memories.

Send flowers to the Spradley family.