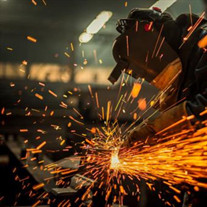 Jackie "Jack" Franklin Weaver, 80, passed away Saturday, January 22, 2022 at his residence in Laurel, Mississippi. Jack was born on November 25, 1941 and was a retired iron worker and welder. He will be greatly missed by his loving family.... View Obituary & Service Information

The family of Jackie "Jack" Franklin Weaver created this Life Tributes page to make it easy to share your memories.

Send flowers to the Weaver family.