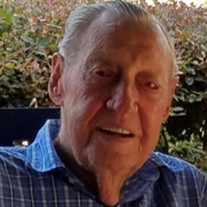 Mr. James Jenkins (Jim), 92, passed from this life November 17, 2021. Born July 15, 1929, Jim was preceded in death by his parents James Artis Jenkins and Emma Holifield Jenkins; his first wife Evelyn Fay Jenkins, and wife Kathleen Jenkins; his sisters Osie McCinnis, Melba Dunn, Evelyn Snow, and Sue Varner; his brothers Homer, William David (W.D.), and Billy Ray. Jim is survived by his children James Ronald Jenkins (Earlene) of Ekron, Kentucky; Daniel Jenkins of Laurel; his stepson George A Bridges (Sue) of Laurel and stepdaughter Kathy Sullivan (Lynnwood) of Mt. Olive; his grandchildren and great grandchildren, and a host of nieces, nephews, and cousins. Jim proudly served in the Army for 20-years. After basic training at Fort Benning in Georgia, he was stationed in Austria where he served in Occupation Forces after WW II. Later in his Army career, he served in the infantry during the Korean War and in the Vietnam War. Jim was awarded a Bronze Star for his combat services and retired as Sargent First Class. Once he completed his service in the Army, Jim became an officer for the Moss Point, MS Police Department, a deputy sheriff for Jackson County, and a Jackson County District 5 road foreman. Jim moved back to Laurel as he approached his retirement years. He connected with his teenage sweetheart, Kathleen, and enjoyed 39 years of marriage. They attended Antioch United Methodist Church where Jim enjoyed participating in workdays and helping keep the church grounds in pristine condition. Jim enjoyed hunting, fishing, gardening, and cooking. Although Jim taught his children and grandchildren many lessons, he leaves them with a perfect example of patience and devotion as they watched him care for Kathleen as she battled Parkinson’s. Jim served his country, state, local community, church, and family with great honor. A celebration of life will be held at Memory Chapel in Laurel, MS. Monday, November 22, 2021 with visitation from 9 a.m. until service at 11 a.m. Interment will follow the service at Antioch United Methodist Church cemetery. Pallbearers are Dan Frith, Jimmy Jenkins, Jason Sullivan, Ross Sullivan, Austin Sullivan, Jason Creel, and Ralph Neilson as honorary. In lieu of flowers and in the spirit of Christmas, the family requests donations be made to Wreaths Across America at www.wreathsacrossamerica.org. *The family would like to thank Ms. Ashley Ward for taking such good care of their Dad and Papaw. To sign the online guest book, visit www.memorychapellaurel.com.

The family of James (Jim) Jenkins created this Life Tributes page to make it easy to share your memories.

Send flowers to the Jenkins family.