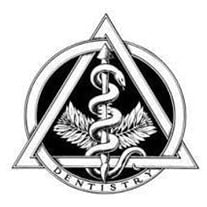 Dr. James Patrick "Jim" Baldwin, 88, of Laurel, died January 12, 2022 in Hattiesburg of complications from surgery. He was born December 13, 1933 in Jackson and moved to Laurel at a young age. He was preceded in death by his parents, Patrick Henry Baldwin and Myrtis Watson Baldwin; brother, Ray Douglas Baldwin and sister-in-law, Linda Baldwin. He graduated from George S. Gardiner High School in Laurel in 1951; he then attended the University of Mississippi and Millsaps College before graduating with a Doctorate in Dental Surgery from University of Tennessee College of Dentistry in Memphis, Tennessee in 1957. After college, Jim served five years in the United States Army and was stationed in Ft. Benning, Georgia; Camp Pelham, South Korea; and San Antonio, Texas, before returning to Laurel to practice dentistry for more than 50 years until his retirement. He was an active member of First Baptist Church for many years and of Highland Baptist Church previously. He is survived by his wife, Mary Louise (Bebe) Hammill Baldwin; children, John Patrick Baldwin of Madison, Brenda Joyce Baldwin Roberts (Mike) of Homewood, Alabama, James Daniel Baldwin (Virginia E.) of Pawtucket, Rhode Island, and Brian Robert Baldwin of Cary, North Carolina; niece, Allison Baldwin Dunn of Marietta, Georgia; and grandchildren, John Teague Roberts of Nashville, Tennessee, Patrick Butler Baldwin of Alpharetta, Georgia, Erin Elise Roberts of Montgomery, Alabama, and Emily Tiernan Roberts of Homewood, Alabama. Visitation will be 2:00 p.m. Sunday, January 16, 2022 at First Baptist Church of Laurel, followed by the funeral at 3:00 p.m., and burial afterward at Lake Park Hills Cemetery. The family asks that in lieu of flowers, a memorial donation be made to First Baptist Church of Laurel or to the church of your choice. To sign the online guest book, visit www.memorychapellaurel.com.

Dr. James Patrick "Jim" Baldwin, 88, of Laurel, died January 12, 2022 in Hattiesburg of complications from surgery. He was born December 13, 1933 in Jackson and moved to Laurel at a young age. He was preceded in death by his parents, Patrick... View Obituary & Service Information

The family of Dr. James Patrick "Jim" Baldwin created this Life Tributes page to make it easy to share your memories.

Send flowers to the Baldwin family.