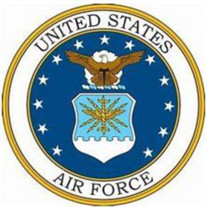 Joe A. Lightsey of Bay Springs Mississippi, died January 24, 2022 at his home. He was born August 14, 1932 in Jones County, Mississippi, the son of the late Mott and Bessie Lightsey. He was the youngest of seven children. On December the 17, 1954 he married the love of his life, Martha Faye Windham. After earning his GED, Mr. Lightsey went on to have a long career in the military, retiring from the United States Air Force in 1972. After his military retirement he worked at local car dealerships in Bay Springs and served in the Mississippi Forestry Service. The place "Mr. Joe" was most happy was always in church serving his Lord and Savior. His beautiful prayers were known throughout the community. It can truly be said that "God listened; he attended to the voice of my prayer." Psalm 66: 19, whenever Joe Lightsey prayed. For many years he faithfully served as a deacon and Sunday School teacher. Mr. Lightsey is survived by his son, Joey Lightsey; daughters, Susie Rustin and Rebecca (Joe) Holder; grandchildren, Ben Rustin, Daniel Rustin, Sarah (Zac) Howard, Maggie (Lance) Ishee, Benton (Diana) Holder; and nine great grandchildren. He is also survived by his sister, Mrs. Rachel Hendon of Gulfport and sister-in-law, Mrs. Joan Moody of Bay Springs; along with many nieces and nephews. Mr. Lightsey was preceded in death by his beloved wife, Martha Faye Windham Lightsey; brothers, Gordon, William Thomas, Max, and Hubbard Lightsey; and sister, Kate Bennett. A private graveside service will be held Thursday, January 27, 2022 at Union Seminary Baptist Church with Reverend Ed King, First Baptist Church, Bay Springs and Reverend Kole Johnson, Union Seminary Baptist Church officiating. "But as for me, my prayer is to you, O Lord, at an acceptable time, O God, in the abundance of your steadfast love answer me in your saving faithfulness." Psalm 69: 13 To view and sign the online guest book, visit www.memorychapelaurel.com.

Joe A. Lightsey of Bay Springs Mississippi, died January 24, 2022 at his home. He was born August 14, 1932 in Jones County, Mississippi, the son of the late Mott and Bessie Lightsey. He was the youngest of seven children. On December the 17,... View Obituary & Service Information

The family of Joe Allen Lightsey created this Life Tributes page to make it easy to share your memories.

Send flowers to the Lightsey family.