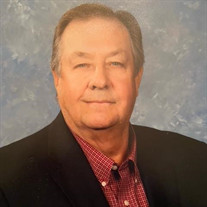 John O. (Johnny) Brewer Obituary Mr. John Oliver (Johnny) Brewer, age 80 years, of Laurel, Mississippi passed away at South Central Regional Medical Center on Thursday, January 20, 2022. Johnny was born on September 26, 1941, in Laurel, MS. As a Baptist minister’s son, he and his family moved around the state until enlisting in the United States Marine Corps where he served honorably for 4 ½ years. Upon his discharge from the Marine Corps, Johnny spent most of his career with Baker Oil Tools, primarily working globally until retirement. He enjoyed spending time with his family on his cattle farm. Johnny was an active member and Deacon at First Baptist Church of Sharon in Laurel, Mississippi. Johnny’s faith in his Lord and Savior and his steadfast devotion to his family, friends, church, and community has had an unparalleled impact on all who knew him. Johnny was preceded in death by his parents, Rev. Artis and Cleo Adams Brewer and his Father-in-Law and Mother-in-Law Mr. Ras and Ethelyn Parker Ulmer. He is survived by his loving wife of 53 years, Becky Ulmer Brewer; his sons, Johnny Brewer and Brad (Leanne) Brewer; his sister, Barbara Edwards, his grandchildren, Jessica Brewer, Ethan Brewer, Jennifer (Jacque) Coelho, Jake Riddle, Sharon Riddle, Billy Riddle, Madison White, and Kile White; as well as a host of great grandchildren. Johnny loved the Lord, his family, his church, his country, his friends, and his community. He had an enormous impact on the community and his legacy will remain for years to come. Johnny had a big sense of humor and a bigger heart, and he will be truly missed. Bros. Matt Olson, Nic Ulmer, and Tony Johnson will officiate. Pallbearers will be Ethan Brewer, Kile White, Ricky Adams, Randy Adams, Tommy Ulmer, and Tim Ishee. Honorary Pallbearers will be Don Welborn, Dicky Welborn, Cary Gainey, Harry Campo, Leo Campbell, Tarrell Yarbrough, Albert Short, Barry Ulmer, and the Deacons of First Baptist Church of Sharon. Visitation will be from 5:00 pm until 8:00 pm, on Sunday, January 23 with the funeral services taking place on Monday, January 24 at 2:00 pm, both will be held at First Baptist Church of Sharon, Laurel, MS followed by a graveside service at Sharon Cemetery. Memory Chapel Funeral Home is in charge of arrangements. Johnny gave to numerous charities including The Gideons International, Children’s of Mississippi Hospital (Blair E. Batson), St. Jude Children’s Hospital, Samaritan’s Purse, and the First Baptist Church of Sharon Building Fund. In lieu of flowers, please give to one of these organizations or the charity of your choice. To sign the online guest book, please visit www.memorychapellaurel.com.

The family of John Oliver "Johnny" Brewer created this Life Tributes page to make it easy to share your memories.

Send flowers to the Brewer family.