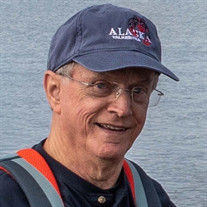 Joseph “Joe” Hilton Sims died at his home in Atlanta on April 9th after a brief battle with pancreatic cancer. He was 79 years old. Born in Laurel, Mississippi, Joe attended Laurel High School and graduated at the age of 16. He went on to earn bachelor and master degrees in mechanical engineering at Mississippi State University and Georgia Institute of Technology, where he was inducted into engineering honor societies, Tau Beta Pi and Pi Tau Sigma. He then moved to Baton Rouge, Louisiana to work for Exxon Chemical. During his 40 plus years there, he advanced from an entry-level mechanical contact engineer to, ultimately, an executive manufacturing manager of the chemical plant. Joe loved his work and mentoring others, contributing to the success of many younger employees. Several colleagues became lifelong friends. Joe was a member of St. Luke’s Episcopal Church where he often served as an usher. Joe also gave of his time doing charitable work, serving on the boards of Family Service of Greater Baton Rouge and the Cowart Family YMCA in Atlanta. He was a beloved volunteer at his daughter, Stacey’s, employer, Children’s Healthcare of Atlanta, where he was known for wearing tie dye Children’s shirts and for his great sense of humor. He also founded an endowed scholarship at Mississippi State in honor of his parents and contributed to it throughout his lifetime to support students just as he had been assisted financially. Joe, above all, was an amazing husband, father and grandfather. He cared for his wife of 47 years, JoAnn, during her 20-plus-year illness before her death in 2016. He loved to travel, and once retired, took his children and granddaughters to fantastic places nationally and internationally, including South Africa, Canada, Ecuador, Costa Rica and several U.S. national parks. His love of photography was evident in the way he magnificently captured the wonders experienced during these trips. He was an avid sports fan and enjoyed attending college and professional sports events of all kinds. He doted on his granddaughters, who were greatly blessed by his moving to Atlanta to be with them, and who will cherish the many years and adventures they shared. He is preceded in death by his wife, JoAnn Ryan Sims, stepson Ryan Lee Sibley, and parents Eva Mae and Pokey Sims. He is survived by his daughter, Stacey Sims DeWeese, her husband Todd DeWeese, and their daughters, Peyton Leigh and Amelia Caroline, all of Atlanta. Joe’s family thanks Diane Fabre, truly one of God’s special people, for traveling to Atlanta from Baton Rouge and caring for Joe in his final weeks. Words cannot express their gratitude for her tremendous support and love. In Laurel on Saturday, April 16th, visitation will be held at Memory Chapel at 1:00 followed by a graveside service at 2:00 at Hickory Grove Cemetery. A memorial service will be held at Rabenhorst Funeral Home East in Baton Rouge on May 14th. Visitation will be at 2:00 with the service starting at 2:30, followed by a reception. Information on streaming will be on Rabenhorst's website prior to the service. In lieu of flowers, donations can be made to the Eva Mae and Pokey Sims Memorial Endowed Scholarship Fund at Mississippi State or to the Cowart Family YMCA in Atlanta. To sign the online guest book, please visit www.memorychapellaurel.com

Joseph &#8220;Joe&#8221; Hilton Sims died at his home in Atlanta on April 9th after a brief battle with pancreatic cancer. He was 79 years old. Born in Laurel, Mississippi, Joe attended Laurel High School and graduated at the age of 16. He... View Obituary & Service Information

The family of Joseph "Joe" Hilton Sims created this Life Tributes page to make it easy to share your memories.

Joseph “Joe” Hilton Sims died at his home in Atlanta on April...