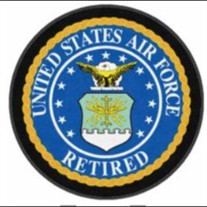 Kenneth Marshall Ishee I, 89, of Laurel, Mississippi, passed away peacefully the night of Wednesday, April 6, 2022, in Sandersville, MS. He was preceded in death by his parents Samuel Cooper and Clara Pridgen Ishee, his sister Barbara Jean Ishee-Jones, his brother Harold Ishee, his great-granddaughter Emily Lauren Ishee, and his beloved wife of 66 years, Elowese Lee Ishee. Kenneth was born in Hot Coffee, Mississippi on July 19, 1932. His fondest childhood memories were of playing with his dog, Duke, and spending time with his Grandpa Pridgen, who he called Papa. In 1950, he graduated from Salem High School and in 1951, he joined the United States Air Force, serving in the Korea and Vietnam Wars. Kenneth and his family lived all over the world throughout his military career, including places like Japan, the Philippines, Korea, Alabama, Georgia, Florida, and California. Kenneth retired from the military as a Master Sergeant in 1971 and then began an illustrious 30-year-long career with the United States Postal Service. He began as a clerk but quickly rose through the ranks, becoming a carrier, then supervisor, and finally postmaster. Kenneth enjoyed saltwater fishing and boating with his children and grandchildren, gardening with his wife, Elowese, and traveling. He is survived by his four children: Ken Ishee (Teresa) of Ellisville, Lynne Ishee of Laurel, Mark Ishee (Jenny) of Sharon, and David Ishee (Melanie) of Pensacola, Florida. He is also survived by 7 grandchildren, 9 great-grandchildren, a host of cousins, nieces, and nephews, and his dog Scooter. Visitation will be held on Sunday, April 10, 2022, from 5:00 to 7:00 p.m. at Memory Chapel in Laurel, Mississippi. Funeral Services will be held Monday, April 11, 2022, at 10:00 a.m. with burial to follow in Lake Park Hills Cemetery. Bro. Matt Olson will officiate. Memory Chapel of Laurel is in charge of arrangements. To sign the online guest book, visit www.memorychapellaurel.com.

Kenneth Marshall Ishee I, 89, of Laurel, Mississippi, passed away peacefully the night of Wednesday, April 6, 2022, in Sandersville, MS. He was preceded in death by his parents Samuel Cooper and Clara Pridgen Ishee, his sister Barbara Jean... View Obituary & Service Information

The family of Kenneth Marshall Ishee I created this Life Tributes page to make it easy to share your memories.

Send flowers to the Ishee I family.