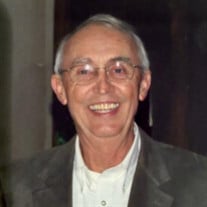 Kenneth (Kenny) R. Biglane of Laurel passed away Thursday, January 28, 2021, at South Central Regional Medical Center. Kenny was born at Laurel General Hospital on Jan. 14, 1944, the fourth son of the late Carson E. and Pearl I. Biglane. In addition to his parents, he is pre-deceased by two brothers, Carson Biglane Jr. and Billy Biglane. He is survived by his wife of 56 years, Marilyn; one son, Peter Biglane (Karen) of Laurel; daughters, Dana Burwell (Todd) of Madison, Casey Templeton (Tad) of Birmingham, AL.; 8 grandchildren, Josh Burwell of Los Angeles, Calif., Mary Hannah Burwell of Charleston, SC, Will Peyton Burwell of Madison; Sophie and Ainsley Biglane, both of Laurel; and Henry, Lucy, and Alice Templeton of Birmingham; one brother, Vernon Biglane of Livingston, AL; and several nieces and nephews. Kenny attended Laurel City Schools and graduated in the last class of George S. Gardiner High School where he lettered in and was All-Big 8 in football, basketball and track. He also held the Mississippi High Schools record in pole vaulting for over a decade and received scholarship offers from numerous universities across the United States. However, he decided to continue his education at Jones County Junior College and the University of Southern Mississippi where he affiliated with Kappa Alpha Order and majored in business. His love for sports and competitive personality followed him all of his life as he took up both tennis and golf, excelled in both and continued as an excellent golfer until his death. For many years, he loved dove hunting and still enjoyed his fishing days. He had a decades-long career as an independent petroleum landman which took him all over the United States, and he had visited every state in the lower U.S. and Alaska. The latter part of his career was spent as inhouse landman with Denbury Resources where he worked until his retirement. He was a member of AAPL and MAPL. He and his wife, who was also his high school and college sweetheart, loved to travel all over the country as well as Canada, Mexico and France and were looking forward to their next big adventure. After spending many years completely renovating their historic home, there was always something else to do. The "house hobby" led to building a hobby shop to work on smaller wood projects, and many were gifts for family and friends. Following his retirement, he enjoyed delivering meals to shut-ins with his wife for First United Methodist Church and volunteering at the church's annual Pumpkin Patch. Not a lazy bone in his body, his love and mastery of cooking, as well as his generosity with his family and friends, were well known in his home town. Kenny will be missed by many. His life will be celebrated at a later date at a location to be announced. In lieu of flowers, memorials may be made to First United Methodist Church, the American Heart Association or Blair Batson Children's Hospital. To sign the online guest book visit, www.memorychapelfuneralhome.com

The family of Kenneth Ray Biglane created this Life Tributes page to make it easy to share your memories.

Send flowers to the Biglane family.