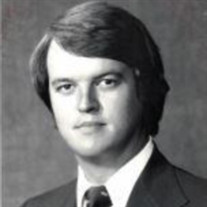 Kenneth Wayne Davis, 73, of Laurel MS passed away Monday August 3rd 2020. Due to the current situation with regards to COVID-19, there will be no scheduled visitation. A graveside service will be held at Lake Park Hills Cemetery in Laurel on Thursday, August 6, at 10:00 a.m. His pastor, Dr. Randy Turner, will officiate. If you plan to attend the service, please consider wearing a mask and practicing social distancing as much as possible. Casual attire is encouraged. Pallbearers are Steve Hindman, David Feldman, David Ratcliff, Luther “Bubba” Bonds, Craig Sims, Phil Dickson, James Ray Bush, Guy Sanford, and David McGowan. Honorary pallbearers are David Jones, Bobby Knox, and Dick Gatlin. A native of Newton, MS he was born on February 14th 1947 to the late Mary Juliette and Louis Ivor Davis. This is where his legendary stories began. Growing up in the small town he loved to talk of his days on his Cushman scooter delivering the local paper. Upon graduation of high school in 1965 he went East Central Community College and then on to Mississippi State University where he obtained a bachelor’s degree in production management in 1969. As his life continued on, he would join the Air National Guard during the Vietnam war. The story of how his entrance into the military came about was yet another story he would tell time and time again. But we will save it for another day. His short-lived military career would find him entering a field that he never intended. For the next seven years he would find himself working for the Department of Bank Supervision. This would begin his banking career. Federal Reserve School in Washington DC would lead him into a career as the President of Merchants and Manufacturer's Bank. His twenty-year tenure there would lead him to amass a collection of stories of epic proportions. His expertise led to chairman of the board seats at The Bank of Manatee, People's Bank of Olive Branch, First National Bank of Newton, and Community Bank of Ellisville. Those that knew him know that his passion for the restoration of classic cars was a life-long joy. His collection of cars brought him a sense of pride and gave him endless things to talk about with all those that came around. But his true love in this world was his wife Joni Jean Davis. Married in 1977 in a small intimate ceremony, they would go on to have two boys they would take on countless camping trips in an Airstream travel trailer and then a motorhome later in life. They would travel all over North America taking in the sights of the beautiful landscape it provides. Wayne loved his family more than any mere words could express and his family loved him. He will be missed by all who knew him. The Davis family would like to extend a heartfelt thank you to the ICU staff of Wesley Merit Hospital. Their care and concern for him was so appreciated. He is survived by his loving wife, Joni Davis of Laurel; two sons, Matthew Wayne Davis (Kathryn) and Jonathon Earl Davis (Kerri) all of Laurel; two brothers, Glenn Davis of Houston, TX and Kerry Davis of Batesville, MS; and four grandchildren, Thomas Wray Davis, Joshua Davis, Guy Davis, and Mary Pierce Davis. In lieu of flowers donations may be made to First Baptist Church of Laurel in his memory. To sign the online guest book, visit www.memorychapellaurel.com.

Kenneth Wayne Davis, 73, of Laurel MS passed away Monday August 3rd 2020. Due to the current situation with regards to COVID-19, there will be no scheduled visitation. A graveside service will be held at Lake Park Hills Cemetery in Laurel... View Obituary & Service Information

The family of Kenneth Wayne Davis created this Life Tributes page to make it easy to share your memories.