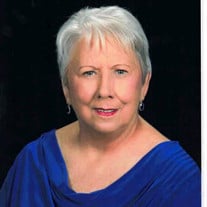 Linda Holifield was born on January 28, 1941, in Jones County, MS to Walter Clayton Walters and Annie Lou Easterling Walters. Linda grew up in Laurel and graduated from George S. Gardiner High School. She went to work at Dixie Electric Power Association and retired from there after 52 years of service. Linda married James Larry “Buddy” Holifield on July 2, 1966. They had only one child, a daughter they named Gina. She became a widow at the age of 45 after Buddy’s sudden death in July of 1986. Linda had a great love for travel. She traveled to all 50 states in the U. S., all the provinces of Canada, made 2 trips to Israel, and toured Greece, Turkey, and Spain. All those who knew and loved her referred to her as “Boo”, a name given to her by her beloved family. You always knew when she was around because her wonderful laugh could always be heard. Linda was preceded in death by her husband, “Buddy” Holifield; her parents Walters Clayton and Anna Lou Walters; her sisters Louise Smith and Katherine Rhodes; and her brothers Raymond Clayton Walters, Glenn Harrell Walters (infant), and L. V. Walters. Linda is survived by her daughter, Gina Holifield Mixon (Steve) of the Big Creek Community; brother Gene Harrell “Sonny” Walters (Sue) of Laurel; sisters Mary Jo Traylor of Spring, TX and Netta Finch of Purvis, MS. She is also survived by a granddaughter Marley Mixon and a grandson Garret Mixon, both of the Big Creek Community as well as a host of nieces, nephews, great nieces, and great nephews. Services will be held on Friday, November 5th at Ellisville First United Methodist Church, located at 202 South Church Street, Ellisville, MS. Visitation for family members will begin at 9:00 a.m. and 9:30 a.m. for friends. The funeral will begin at 11:00 a.m., led by Rev. Mark Anderson and Mr. David McGowin. Burial is to follow at Memorial Gardens Cemetery on Hwy. 184 E in Laurel. Pallbearers will be Garrett Mixon, Tim Gamble, Tyler Gamble, Raymond Walters, Mike Jordan, Mark Shoemake, Sam Shoemake, and Noel Rogers. Memorials may be sent to either of the following: Ellisville First United Methodist Church, c/o Sager Brown Mission Team, P. O. Box 59, Ellisville, MS 39437 or Animal Rescue League, P. O. Box 2671, Laurel, MS 39442. Linda was part of the Sager Brown Mission Team at EFUMC and loved knowing the work she and her fellow team members completed while at the Sager Brown Depot in Baldwin, LA helped those in need throughout the world. She also loved animals and was a supporter of local rescue efforts. To sign the online guest book, visit www.memorychapellaurel.com.

The family of Linda Holifield created this Life Tributes page to make it easy to share your memories.

Send flowers to the Holifield family.