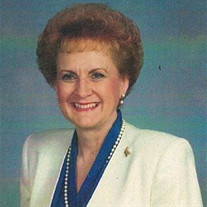 Noma Jean (Smith) Folmar of Laurel, MS passed away on February 11, 2020. She was born on July 29, 1935 in Houston, TX, the eldest of three daughters to Jarrett and Norma Smith. Her early years were spent in Valley Mills, TX until the Smith family moved to Mission, TX where she played the organ at church and was Editor of the school Year Book her senior year. After graduating from Mission High School, Noma Jean headed to then East Texas Baptist College (ETBC, but known as ETBU today) on a music scholarship where she forged great memories and close relationships throughout the years. Upon graduation in 1957 with a degree in education, she moved to Dallas, TX. She initially worked for Blue Cross and Blue Shield before landing a teaching job at Thomas L. Marsalis Elementary School in Oak Cliff. In 1959 she met and married Jack G. Folmar of Beaumont, TX where they lived until 1975 before moving to Dallas. Noma Jean spent the next 41 years of her life in Dallas where she was a member of Park Cities Baptist Church until moving to Laurel, MS in 2016 to remain close to family. She is preceded in death by her parents, her sister Betty Jo Crawl and daughter Electra. Noma Jean is survived by her sister Naomi Pauley of Cedar Park, TX, daughters Bonnie Moore (Dod) of McGregor, TX, Connie Stevenson of DeSoto, TX, son David Folmar (Cindy Scoper) of Laurel, MS, 12 grandchildren and 20 great grandchildren. A memorial service will be held at Park Cities Baptist Church in Ellis Chapel located in Dallas, TX. Donations can be made to the following: East Texas Baptist University’s General Scholarship Fund, Advancement Office at 1 Tiger Drive, Marshall, TX 75670, First Baptist Church C/O Foundation at P.O. Box 2636, Laurel, MS 39442 and to Park Cities Baptist Church’s Senior Adult Ministry at 3933 NW Parkway, Dallas, TX 75225. To sign the online guest book, visit www.memorychapellaurel.com.

Noma Jean (Smith) Folmar of Laurel, MS passed away on February 11, 2020. She was born on July 29, 1935 in Houston, TX, the eldest of three daughters to Jarrett and Norma Smith. Her early years were spent in Valley Mills, TX until the Smith... View Obituary & Service Information

The family of Noma Jean Folmar created this Life Tributes page to make it easy to share your memories.

Send flowers to the Folmar family.