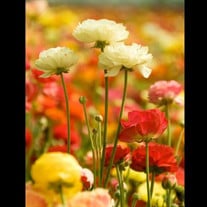 Shirley Mae Vanderpool Elliott, 83, of Laurel, formerly of Towanda, PA, passed away on January 13, 2022 at SCRMC. Shirley was born on March 27, 1938, in Towanda, PA, to Wayne and Angie Vanderpool Sr. She graduated high school from Towanda High School and began working as a telephone operator. Good friends set up a blind date with marine Ronald Elliott, who would later become her husband. They married at Camp Lejeune on March 15, 1957, and started their almost 65 year long marriage journey living in Caribou, ME, where their son was born, then moving to Towanda, PA, where their daughter was born. In 1977 her husband’s job brought them to Laurel where they have lived since. Over the years Shirley had several part-time jobs, but most of all she loved spending time with her children, grandchildren, and great grandchildren. She was a charter member of Covenant Presbyterian Church in Laurel where she faithfully served her Lord and Savior Jesus Christ. Shirley was preceded in death by her parents, two brothers, and five sisters. Shirley is survived by her husband of almost 65 years Ronald, son Ronald Wayne (Beth) of Cantonment, FL; daughter Sharon Jones (Jason) of Laurel, ten grandchildren and 16 great grandchildren. Graveside service will be Tuesday, January 18th, 2022 at 2:00 p.m. at Sunset Gardens (1206 Wansley Road). Memory Chapel is in charge of arrangements. To view and sign the online guest book, visit www.memorychapellaurel.com.

The family of Shirley Mae Vanderpool Elliott created this Life Tributes page to make it easy to share your memories.

Send flowers to the Elliott family.