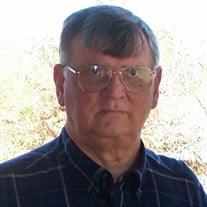 Thomas Edward Davis Obituary Mr. Thomas Edward Davis (Ed), of Laurel, MS, died peacefully on April 30, 2022, after battling multiple illnesses for many years. He passed away in his home in Taylors, SC, with his wife and caregiver of 40 years by his side. Ed was born July 10, 1941, to Ray E. and Lavada Davis in Laurel, MS, a place he always considered home. After graduating from high school there, he joined the military and faithfully served 38 years in the Mississippi Army National Guard. Always a justifiable source of great pride for him, he rose through the ranks to Command Sergeant Major, and was a friend and mentor to many of his fellow soldiers. After retiring from the National Guard, he established multiple businesses alongside his business partner and son-in-law and enjoyed being self-employed for another 20 years, when he finally retired for good. A quiet person, Ed’s generosity typically went unnoticed, as he would often help others without their knowledge. He was a lifelong fan of football, and in his younger days, he officiated high school games throughout the area. He is survived by his wife, Jane S. Davis; his son, E. Brent Davis (Pam); his son-in-law, Jon Widener; his stepdaughter, Gina Clark; his brother, Jimmy R. Davis (Teresa); his sister-in-law, Mary Davis; his brother-in-law, James Sellers (Linda), his granddaughters, Savannah Davis and Anna Widener; his grandsons, Weston and Clayton Widener; his step-grandson Halbert Schulting; and many nieces and nephews. He is preceded in death by his parents, his brother, Ricky D. Davis, and his daughter, Candy Widener. Visitors are invited to come Wednesday, May 4, 2022, beginning at 1:30 pm to Memory Chapel in Laurel, MS, with the funeral service following at 3:00 pm. Burial will be at Lake Park Hills Cemetery located at 2806 Emmy Dr, Laurel, MS. Dr. Dave Moran will officiate. Condolences may be sent to 187 Bur Oak Dr, Taylors, SC 29687. In lieu of flowers, please consider doing an anonymous good deed in his memory. To sign the online guest book, please visit www.memorychapellaurel.com

Thomas Edward Davis Obituary Mr. Thomas Edward Davis (Ed), of Laurel, MS, died peacefully on April 30, 2022, after battling multiple illnesses for many years. He passed away in his home in Taylors, SC, with his wife and caregiver of 40 years... View Obituary & Service Information

The family of Thomas Edward "Ed" Davis created this Life Tributes page to make it easy to share your memories.