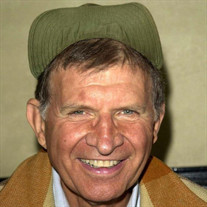 Thomas William Lester, an American actor and evangelist best known as Eb Dawson on the television series Green Acres, has died. He was 81. Lester died of complications from Parkinson's Disease on April 20, 2020 in the Nashville, Tennessee home of his fiancée and long-term caregiver, Jackie Peters. Lester appeared in nearly every Green Acres episode between 1965–71 and appeared in two feature films, Gordy and Benji. He was the last surviving regular cast member of Green Acres. In 1948, Lester became a born-again Christian. During and after his role as Eb, he became more involved traveling the nation, preaching a message of Christian faith and obedience. Lester was a conservationist and spent many enjoyable years on his farm in Jasper County, Mississippi, where in 1997, he was the recipient of Mississippi's "Wildlife Farmer of the Year" award. Lester was born (September 23, 1938) in Laurel, Mississippi, one of two sons of Pat W. Lester (1913-2009), an accountant with Gulf Oil, and Mary Sue (Thornton) Lester (1914- 2009), a manager with Home Interiors and Gifts. He is survived by his brother, Michael T. Lester, a retiree of Corporate Energy, in Hattiesburg, Mississippi, two great-nieces, Haleigh and McKenzie, one great-great niece, Scarlett, and one great-great nephew, Wes in Newnan, Georgia. Death leaves a heartache, No one can heal. Love leaves a memory, No one can steal. There will be a graveside service attended by family and close friends at Noon on Friday, April 24, 2020 at Hickory Grove Cemetery, Laurel, Mississippi. The service will be officiated by Dr. Randy Turner of the First Baptist Church, Laurel, Mississippi, where Tom was a member for most of his life. There will be a celebration of life service held at a later date to be determined. Service arrangements by Memory Chapel Funeral Home, Laurel, Mississippi. To sign the online guest book visit www.memorychapellaurel.com.

Thomas William Lester, an American actor and evangelist best known as Eb Dawson on the television series Green Acres, has died. He was 81. Lester died of complications from Parkinson's Disease on April 20, 2020 in the Nashville, Tennessee home... View Obituary & Service Information

The family of Thomas William Lester created this Life Tributes page to make it easy to share your memories.

Send flowers to the Lester family.