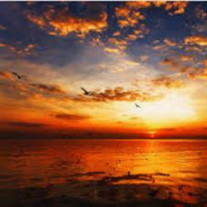 William Alfred Adams of Heidelberg, MS passed away on August 4, 2021 at the age of 55. He was born in Atlanta, Georgia on November 4, 1965. He was the owner of Adams Quick Stop. He is survived by his mother, Judy Adams, brothers, Billy Adams,... View Obituary & Service Information

The family of William Alfred Adams created this Life Tributes page to make it easy to share your memories.

William Alfred Adams of Heidelberg, MS passed away on August...

Send flowers to the Adams family.